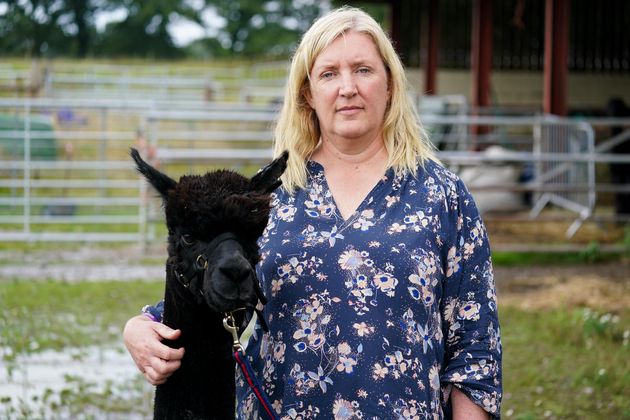 Geronimo has captured the nation’s heart after his owner revealed that the government want to execute him, driving the public to sign an online petition to save the beloved alpaca.

The alpaca, owned by farmer Helen Macdonald, was condemned to death after he tested positive for the contagious disease, bovine tuberculosis (bTB).

The six-year-old has been in quarantine with five other alpacas since his arrival in the UK in August 2017.

He had been shipped over from New Zealand where he had tested negative for the disease.

Macdonald has been in a legal battle with the government ever since Geronimo first tested positive and has continuously disputed the results.

However, the environment secretary George Eustice has promised that the government uses a “highly specific and reliable test”.

He added: “I have looked at this case several times over the last three years and gone through all of the evidence with the chief vet and other experts in detail.”

Still, the public is rallying behind the beloved animal, who has reportedly shown no outward signs of the disease, as well as his owner during their ongoing standoff with Department for Environment, Food and Rural Affairs (Defra).

If more than 100,000 sign the matter will be considered for debate within Parliament.

Even actress Joanna Lumley has piped up in support for the animal, saying: “When in doubt, don’t. So please spare Geronimo, as there is real doubt hanging over this death sentence.”

The heartbreaking issue has become a mainstream topic after a second warrant to execute Geronimo was issued on Thursday.

It followed a failed bid to save him through a High Court appeal.

Defra has 30 days to visit Macdonald’s property and put the alpaca down – which could mean a contractor would be able to legally force entry to the farm to shoot Geronimo, according to the farmer.

Macdonald is a veterinary nurse who breeds the alpacas at her south Gloucestershire and passionate about saving Geronimo.

She told The Sun: “I can’t stand by and let my animal be killed and I’m willing to stand in the way of any gunman who comes to destroy my Geronimo.

“They’ve picked on the wrong woman.

“There is no way that I will put him to sleep.”

Eustice has shown little sign of wavering so far, despite Macdonald’s pleas not to kill a “beautiful animal which is not diseased”.

Defra, the government’s Animal and Plant Health Agency, said bTB is “one of the greatest animal health threats we face today” which can cost the taxpayer approximately £100 million a year.