For Daisy Maskell, four hours of sleep is considered a good night.

The London-based radio DJ, who presents the breakfast show on Kiss FM, has suffered from chronic insomnia for 14 years – and sometimes survives on as little as 30 minutes shut eye.

In the UK, 55 per cent of young people say they struggle with their sleep, and according to research by the NHS, hospital admissions due to sleep disorders have doubled among young people over the past seven years. The recent Covid-19 crisis has exacerbated the issue further still.

In an eye-opening new BBC Three documentary – Daisy Maskell – Insomnia And Me – the presenter digs deep into the roots and causes of her own condition, which she admits makes her feel isolated and like her body is ‘failing her’. 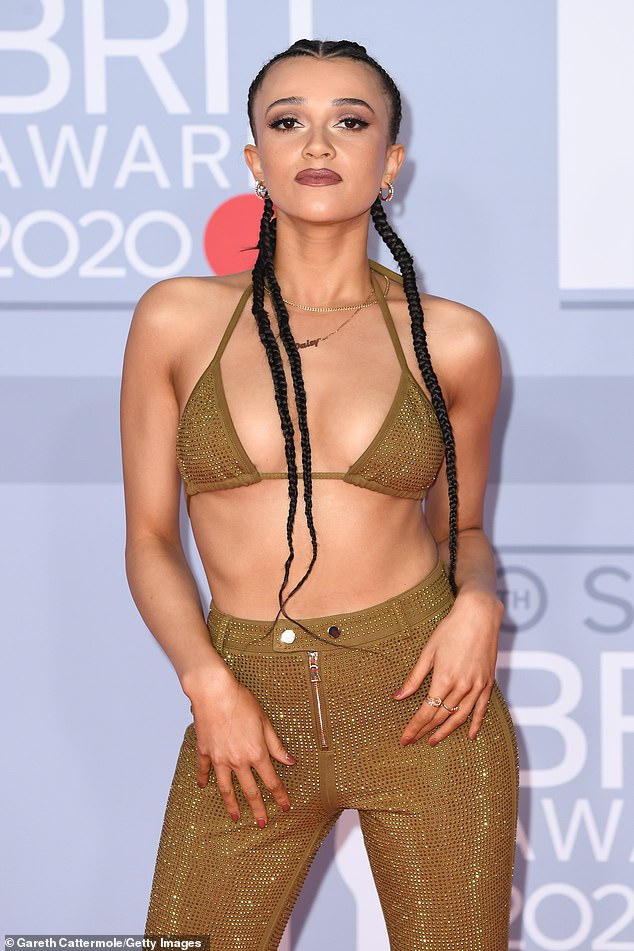 London-based radio DJ Daisy Maskell, who presents the breakfast show on Kiss FM, has suffered from chronic insomnia for 14 years – and sometimes survives on as little as 30 minutes kip

She explores how getting such little sleep has impacted on her mental and physical health, and comes to the realisation that it was most likely triggered by childhood trauma from her parents’ ‘toxic’ break-up when she was six.

Daisy also opens up about her eating disorder, which she believes is worsened by her issues with sleep.

‘The biggest frustration I have about my lack of sleep, it feels like everyone else can do this function so naturally, it comes so easy to everyone else,’ she said in the documentary.

‘It sometimes feels my body is failing me. I would refer to the moments where I’m really suffering with insomnia as episodes, and those episodes consist of me feeling my mind is over-active. It’s just an inability to switch off.’

She adds that it’s something she’s dealt with for such a long time that she doesn’t really know any different, but it can leave her feeling ‘completely isolated’. 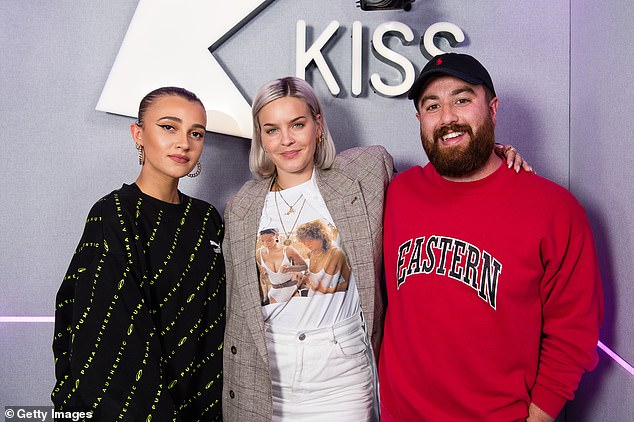 Daisy (pictured with Anne-Marie and Tom Green) also opens up about her eating disorder, which she believes is worsened by her issues with sleep

‘You feel like you’re on a completely different time zone to everyone else,’ she explained. ‘There’s no one about to chat or talk to.

‘Some of my close friends don’t even know this is something that I’ve struggled with because when I’m at my worst I don’t want to be around people, I want to be on my own, and when I’m suffering with my insomnia I am at my worst, so therefore it’s easier for me to just be alone.’

The loneliness has, at times, got so unbearable that Daisy would drive to a 24-hour McDonald’s at night and sit in there for up to four hours ‘just to be around life’ and would get parking tickets because she exceeded the 90-minute allowance.

During a visit to her GP in the programme, Daisy confessed a ‘good night’s sleep’ for her is four hours, but sometimes she only gets 30 minutes, and that pattern can go on ‘for days on end’.

‘I’ll notice my heart feels like it’s racing when I don’t get a lot of sleep,’ she adds. ‘I’ll get these heart palpitations, it’s very fast, my heart is beating at an irregular pace which is really scary.

‘Sometimes I feel like I’m struggling to control my breathing because it’s not in a natural, predictable pattern. It can last minutes, longer, for over 30 minutes, it’s a similar feeling to anxiety.’ 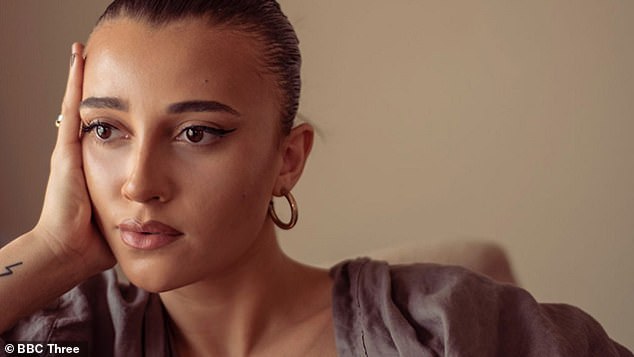 During a visit to her GP in the programme, Daisy confesses a ‘good night’s sleep’ for her is four hours, but sometimes she only gets 30 minutes

It’s these symptoms that have made her realise, over time, that she needs to seek help.

Sleeping five hours or less increases your mortality risk from all causes by about 15 per cent, and that’s something that seriously worries Daisy.

Nearly two thirds of teenagers also agreed in a recent survey that sleeping badly has a negative effect on their mental health.

During the pandemic, Daisy posted about her battle with insomnia on social media for the first time, and was shocked by how many other people are suffering like her.

‘Since lockdown I’ve noticed that more and more people my age have been online at strange hours in the middle of the night,’ she said.

‘At least when I’m up at night now I can think of those people as opposed to everyone else tucked up in their bed. It brings some comfort to know there other people out there who are going through this exact thing at the exact same time.’ 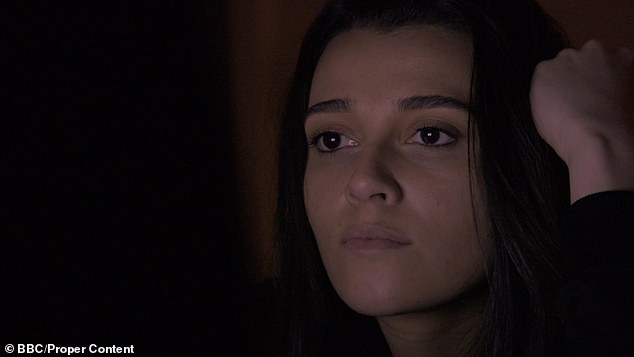 During the pandemic, Daisy posted about her battle with insomnia on social media for the first time, and was shocked by how many other people are suffering like her

She speaks to fellow insomniacs during the documentary, including an old school friend, Ellie, who has tried therapy and medication as well as a sleep study but is still struggling.

‘I’ve actually thought, “I can’t do the career I want, I’m not going to be able to hold up a career where I’m getting up early and finishing late every day and I need to be able to do really high pressure work”.’

Keen to see if any of the methods Ellie used to beat her insomnia works for her, Daisy enrolls in a course of CBTI – cognitive behavioural therapy insomnia – which has apparently done the trick for 87 per cent of those who tried it.

She also meets with a sleep consultant and physiologist, Stephanie Romiszewski at the Sleepyhead Clinic, who diagnoses her with clinical insomnia of a moderate severity and encourages her to wake up at the same time every morning and go to bed only when she’s very tired, as well as keep a sleep diary.

Daisy contacts a neurofeedback therapist at Brainworks Home Clinic – Ingrid Valentin – to measure her brain activity to see whether that could be having an impact on her sleeping patterns. 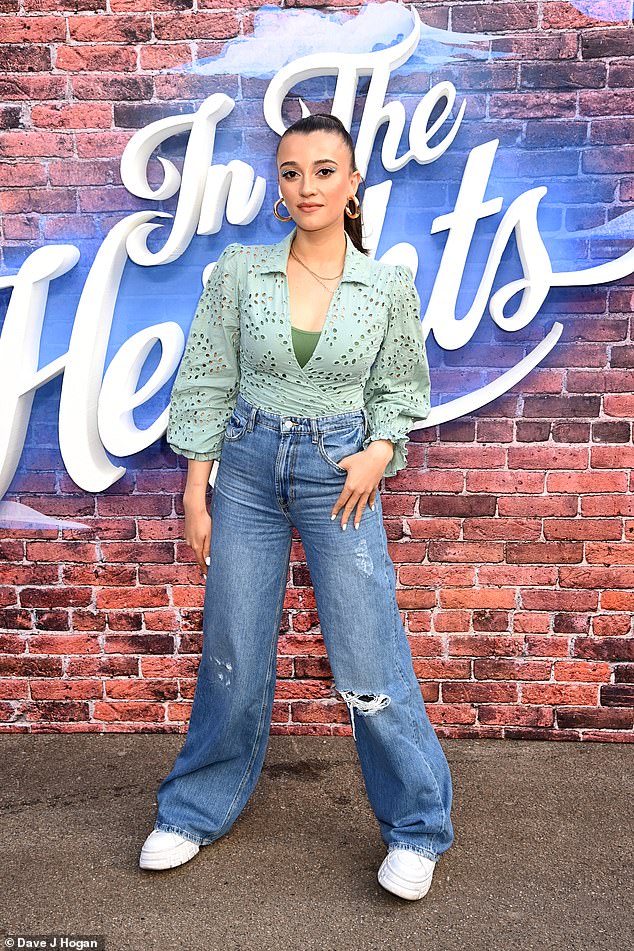 Sleeping five hours or less increases your mortality risk from all causes by about 15 per cent, and that’s something that seriously worries Daisy (pictured in June)

Interestingly the test discovers her brain is more active than average. ‘Your brain physiologically is unable to relax, and the more you tell yourself you have to relax, the less it’s going to work,’ Ingrid told her.

The fact her high frequency brain activity is happening within its deeper layers suggests, according to Ingrid, that ‘something emotional happened’ in her past which triggered it.

‘That part of the brain was trying to process something and lost; maybe danger, conflict, abandonment, maybe something also that could still be bothering you today,’ she said.

Chronic insomnia lasting over three months can be associated with other medical and mental health conditions, so Daisy visits a psychiatrist, Dr Ana-Maria Ilea at the Blue Tree Clinic.

It’s during this session that Daisy unpicks her complex relationship with food, and reveals her large stash of laxative tablets which she still takes now to ‘flush out’ her system. 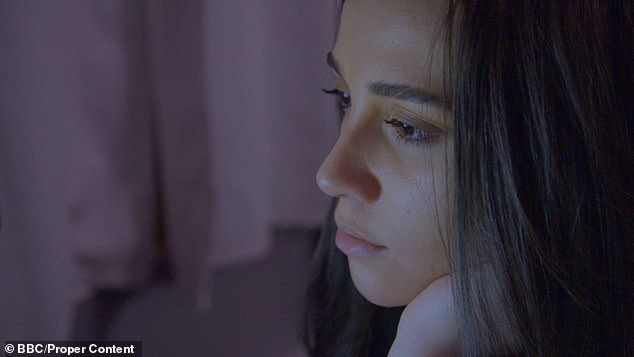 Dr Ilea observes that Daisy’s eating disorder can be a standalone diagnosis, but she believes it’s a symptom of whatever trauma she experienced or witnessed growing up

‘I feel like my issues with my sleep has only made my issues with my eating disorder worse based on the fact that when I can’t sleep and I’m up late awake at night. I will combat those negative feelings and the strain that puts on my mental health with binge eating or consuming a lot of food, just because for a short period of time that will make me really happy,’ Daisy explained.

‘But then that dread and that regret will set in shortly after, which is when I will take the tablets that I take, the laxatives, and it will essentially flush out your system and get rid of it all by the morning.

‘I’ve used eating as a way of controlling. From the age of 14 I realised I have a lot of power over what I put in my own body… I can’t manipulate or control many things in my life, but the one thing I can control is what I look like physically and what I put in or take out of my own body.’

Dr Ilea observes that her eating disorder can be a standalone diagnosis, but she believes it’s a symptom of whatever trauma she experienced or witnessed growing up.

‘Even with insomnia, very rarely is it a standalone diagnosis,’ she added.

Daisy Maskell: Insomnia and Me is on BBC3 from August 10, and on iPlayer.