There’s a complicated sadness in the new figures about UK abortions. More than one in four pregnancies, say national statistics, were ended by legal terminations in 2019.

The rise in numbers has been going on for ten years or so and it appears that while they have increased in every age group, by far the greatest rise was among women in their 30s.

So let nobody scoff about irresponsible teens or drunken party-girls: that isn’t the story.

And the truth is that, however necessary, however right for you the decision was, however great the relief and whatever your ethical position, every abortion is stressful and upsetting. 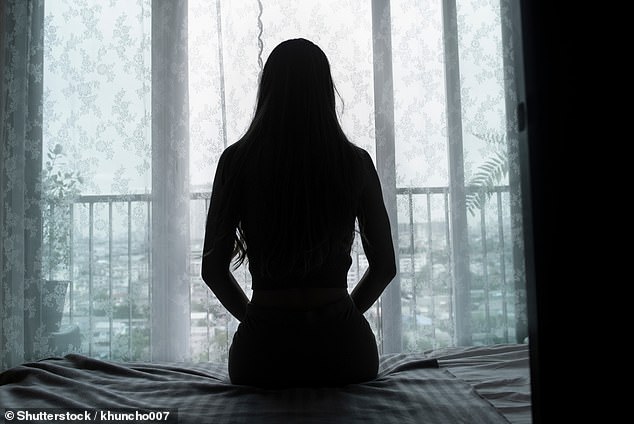 The rise in numbers has been going on for ten years or so and it appears that while they have increased in every age group, by far the greatest rise was among women in their 30s [File photo]

Ask any woman who’s been through it: it’s an intimate invasion, not a dentist treatment or a bit of Botox.

Few, at any age, are emotionally untouched. It’s not the grievous life-wrecker some anti-abortion campaigners claim, but it’s dreadfully difficult.

Whatever your stance on abortion, this is a sad, sad statistic. Anyone with goodwill towards women might want to pause, think about it, and wonder what it is in our society and culture that makes these numbers go on rising.

Some will blame women for carelessness (never, I notice, the men involved).

Contraception is efficient and freely accessible after all, even if provision is patchy for some. But failed contraception doesn’t account for that one-in-four figure.

So what factors might be driving the inexorable rise? For me, melancholy suspicions arise. Think about those busy, striving, women in their 30s, a good few probably with a child already, determinedly ending pregnancies.

You have to suspect that there is, as they make their way through the freedoms and challenges of the workplace, a considerable level of stress, anxiety and insecurity about life-management in general.

That double line on the pregnancy test can feel like a doom, a hijack, a personal lockdown, throwing every plan askew, not just for them but for other members of their family too.

It isn’t even remotely selfish for a woman to think ‘No – not now’ and wincingly set in motion the most unnatural of merciful procedures. Think of the practical things: the cost of childcare is higher in the UK than anywhere in Europe, family support is often scattered.

Even a stable couple – perhaps with elderly parents to think about – can panic at the idea of another helpless dependant. Our housing provision, rental or owner-occupied, is famously insufficient. 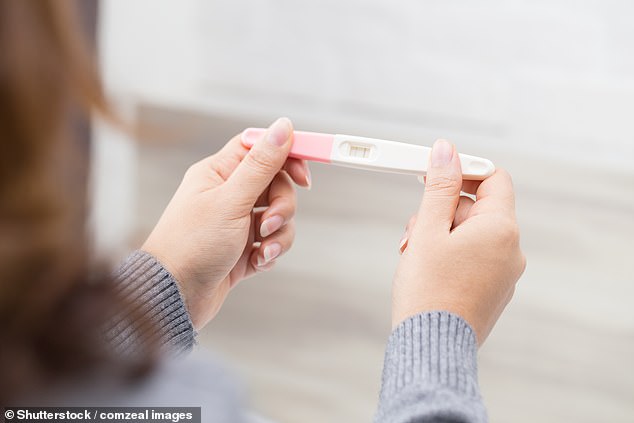 That double line on the pregnancy test can feel like a doom, a hijack, a personal lockdown, throwing every plan askew, not just for them but for other members of their family too

Few can keep a decent roof over their heads on a single salary and single motherhood is daunting.

The gender salary gap still yawns while more and more Britons are becoming short-contract or freelance workers, whether they want to or not.

There is real terror in the idea of bringing a baby into a life of crowded squalor and food bank queues, and not everyone who is earning a living has a right to maternity leave or to come back afterwards.

Even those with relatively ritzy jobs and lives are aware of the old homeless shelter saying that everyone is only two bad decisions away from the pavement. Analysts may say that working women in their 30s are just avoiding ‘disruption to careers, incomes, mortgages and lifestyles’, and maybe there are some hard-edged decisions made by the ambitious.

But there will also be women in genuine and reasonable fear. The free, stimulating society which we have built on the energy, willingness and skill of women is impatient of them as mothers.

Another newish factor is a cultural assumption of sexual spontaneity, hook-ups and ‘empowered’ female desire taken for granted, in every age group.

As a woman from an earlier generation I read, fascinated, stories about today’s female lives based on experience or anecdote. My generation gasps at the number of unremembered, drunken, semi-willing hook-ups taken for granted or laughed about.

God knows I wouldn’t go back to the prim idea of women guarding their ‘precious treasure’ against all comers until a ‘good provider’ led them to the altar.

But it isn’t only intimate, honest, loving sex that produces babies.

And the mournful messy business of dealing with the result is left to women. Hence this sense of complicated sisterly sadness.