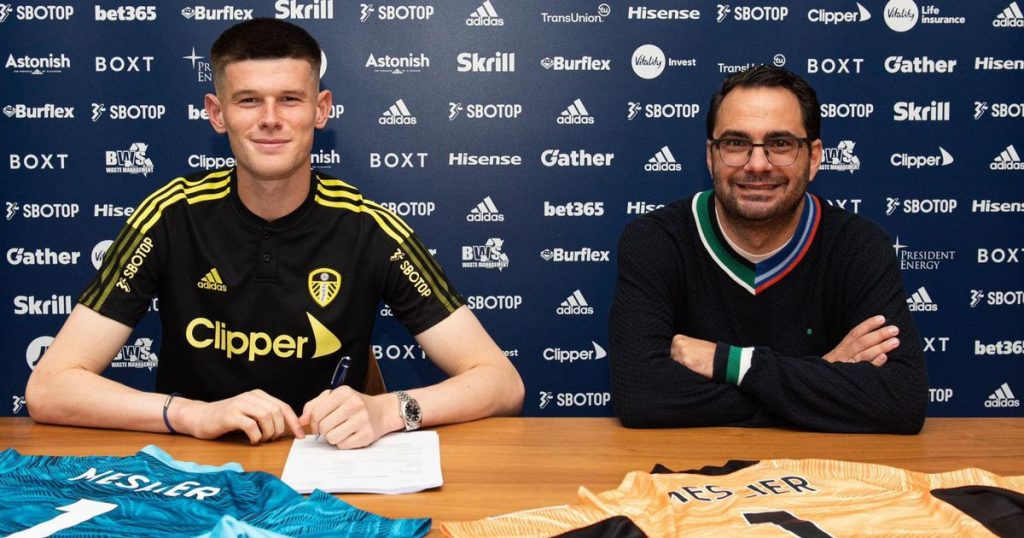 Leeds United have confirmed that Illan Meslier has signed a new contract with the club until 2026.

The Frenchman was a standout performer for the Whites last season in their debut Premier League campaign as they finished ninth in the standings.

Meslier kept a remarkable 11 clean sheets, the highest number for any goalkeeper under the age of 21 in Europe, earning rave reviews from United supporters.

With Meslier’s terms set to expire in 2023 and rumours of interest from Paris Saint-Germain, the goalkeeper has committed his long-term future to the club on fresh terms.

The 21-year-old joined the Whites permanently last summer for £5million after an initial season-long loan Ligue 1 side Lorient.

He ousted Kiko Casilla from the gloves after making his Championship debut at Hull City in February and has never looked back.

Meslier’s success in between the sticks has been a blueprint for the club’s goalkeeper recruitment, signing rookie stopper Kristoffer Klaesson to replace the outgoing Casilla.

Speaking about Casilla’s influence on Meslier in May, Marcelo Bielsa said: “A lot of what Meslier could achieve this year is linked to how Casilla lived through it with him.

“The way he collaborated with him, the keepers are a group within the group with a special coach and the keepers where they spend two hours together between four of them, not 20.

“They need each other. The climate of the training is responsible from very few people. His support was very influential in this. Apart from that, he managed with a lot of fortitude the treatment he received through the incident he had to go through.

“It gave me great pleasure to see him play the game without having played against Southampton.”