By Tom Pyman For Mailonline

Asda has sacked an illiterate trolley porter after 30 years for breaking a no-smoking rule in a car park – but he claims he couldn’t read the store’s warning signs.

Long-serving Mark Misell, 47, lost his job of three decades after he was caught having a cigarette in a trolley bay while at work in Essex on May 25 this year.

But Mark – who can’t read or write – claims he didn’t understand the store’s policy on smoking in the car park due to his learning difficulties.

He has now gone into a union-backed battle with his supermarket bosses to try and get his job back. 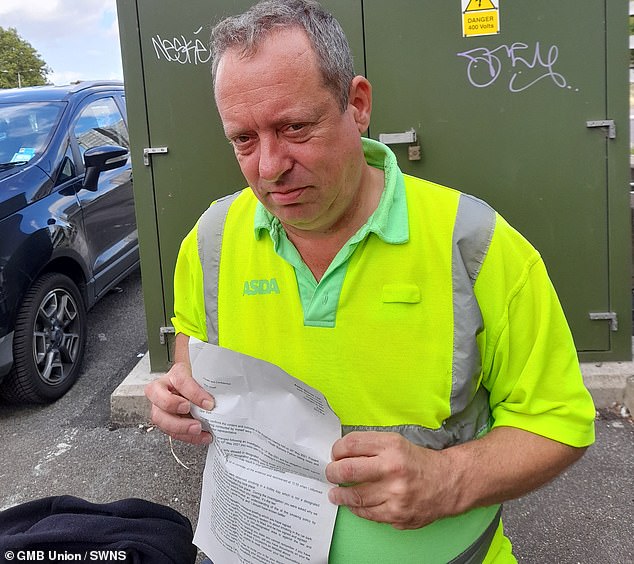 Long-serving Mark Misell, 47, lost his job of three decades after he was caught having a cigarette in a trolley bay while at work on May 25 this year 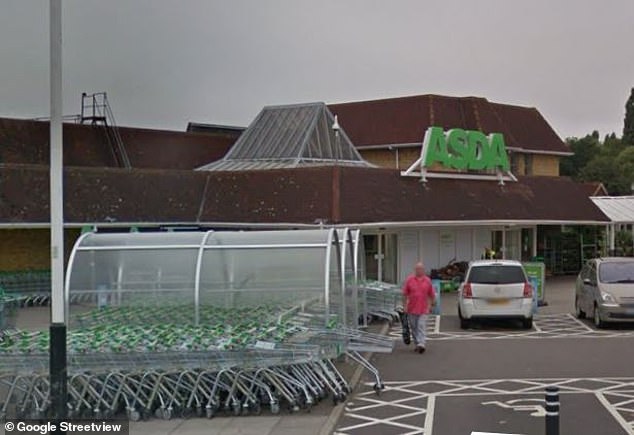 The GMB Union alleges that Asda’s decision to fire Mark – who worked as a porter at the store in Shoeburyness, Essex (pictured) – amounted to ‘disability discrimination’

His reps at GMB Union claim that there was ‘no way in which he [Mark] was able to read any of Asda’s policies’.

They allege that Asda’s decision to fire Mark – who worked as a porter at the store in Shoeburyness, Essex – amounted to ‘disability discrimination’.

Mark, from Southend, is now working with his union to appeal what he claimed was a ‘farcical’ disciplinary process and overturn the decision to fire him.

At the internal disciplinary hearing on May 25, it was heard that Mark could be left homeless if he lost his job.

But Mike Goodchild, who oversaw the meeting, later ruled that Mark’s actions amounted to gross misconduct and he was fired without notice.

A document from the meeting states that Mark admitted to smoking in the trolley bay and understood the store’s rules against smoking in non-designated areas.

But Mark – who is now jobless – has claimed that Asda bosses did not take into account his learning disabilities, which apparently affected his understanding of the no-smoking policy.

Speaking through his union, Mark said: ‘Michael has made assumptions about my understanding of policy, and my mental health, where he could not have been able to do so, and that this led to him making the wrong decision as an outcome to the disciplinary.

‘This has put me at a disadvantage due to my disabilities and is disability discrimination due to my learning disabilities not being taken into consideration.’

‘This is another example of ASDA’s discrimination against those working for the business who have disabilities.

‘Gone are the days when Asda would respect their workforce and support those with disabilities. 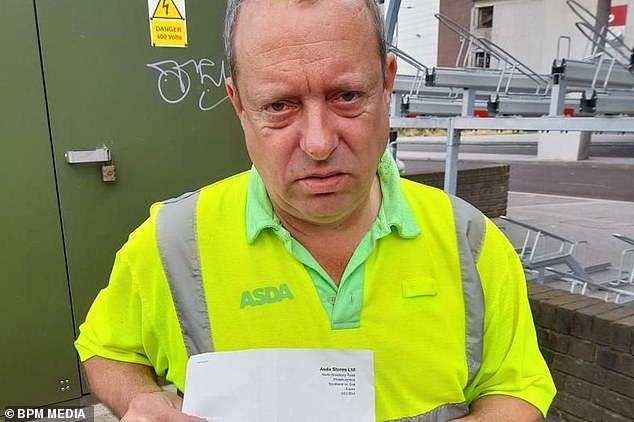 ‘It is becoming common practice for colleagues with disabilities to be challenged upon their work rate, work speed or matters to which they have no control.

‘Asda must adhere to the Equality Act 2010 and start to make reasonable adjustments for employees with disabilities.’

Mr Dixon said that Mark had been an extremely popular member of staff and had significant support from several customers of the store.

He added: ‘Since Mark’s dismissal customers from Asda have contacted GMB London Region to air their thoughts upon the way in which Asda have treated Mark.’

He said the union had now passed the matter onto its legal teams with a view to bringing the case to an employment tribunal.