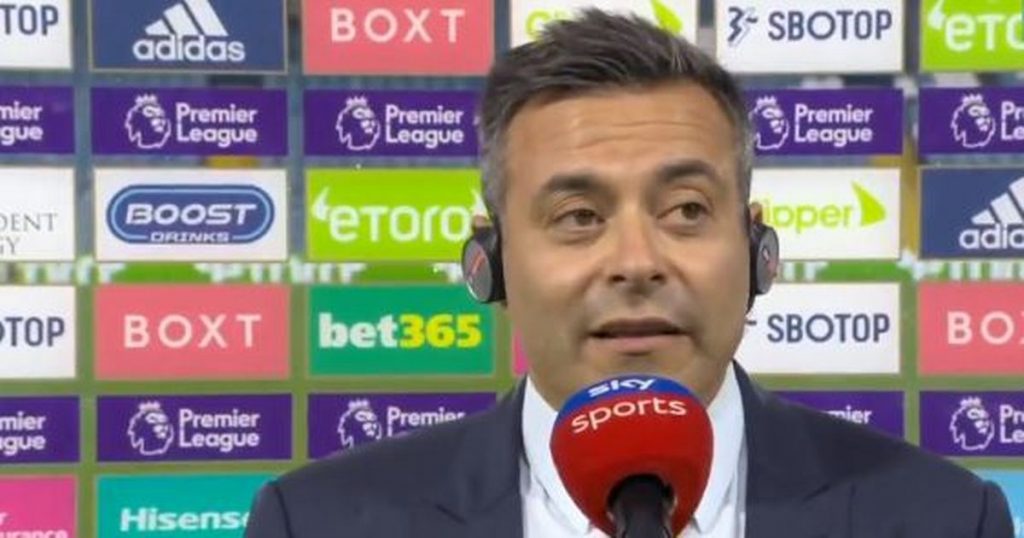 The Whites‘ plans to expand the capacity at the football club are ongoing, with the club keen to facilitate crowds of up to 55,000 supporters.

Leeds had initially planned to move their Thorp Arch training ground before shelving those plans in favour of redeveloping Elland Road.

With the demand to see Leeds in Premier League action higher than ever, the club decided to prioritise growing their historic ground, in a move that was given the green light by the City Council in June.

Speaking live to Sky Sports after their 3-0 home defeat to Liverpool, Radrizzani explained his vision to see Leeds welcome European nights back to Elland Road in the next three years.

“The difficult challenge at the beginning of the season gives us only two points but we have plenty of time,” the Whites owner said.

“Our goal is to stay in the league and build on those foundations. We invested a lot in players last season and I believe the club is going in the right direction to establish itself in the Premier League.

“The dream is to play in a European stadium in a bigger stadium in two, three years. Now we need to focus on Newcastle and get three points there to try and continue our journey this year in the Premier League.”

Chief executive Angus Kinnear revealed in August that the club plan to begin work on the West Stand first, with the vision to create a ‘bowl’ arena at Elland Road.

“The West Stand would be the first stand that we develop because it’s the oldest and has the most upside potential,” he told The Square Ball.

“Those discussions are in place with the council. The deal on the land [behind the West Stand] will be announced very shortly. Plans are continuing to move forward.

“We’re just over £20m. So before you get into sponsorship, there’s really a significant gap in ticketing revenue. And there are very few clubs in the country that could justify a 60,000 seat stadium, but Leeds United is one of them. And I know that’s part of Andrea Radrizzani’s vision and part of the 49ers’.”